September 10 – 12, Panama – Wavetec, the leading edge technology providers were the proud exhibitors at XIV [email protected] Panama 2014, a prestigious platform which gathered High Profile Latin American delegates in Panama from 10 until 12 September 2014 at Hard Rock Hotel, Panama City. This was one of the most anticipated events which was hosted by The Latin American Federation of Banks and the Panamá Banking Association.

For ramping up its mark all over the globe as an innovator, Wavetec joined the event as the Technology Exhibitor, where General Manager – Latin America, Jose Fernández and his team represented Wavetec.

Wavetec manifested its enterprise solutions which enhances customer experience and customer flow in the banking sector, coupled with business intelligence and reporting systems which allow users/managers to take real-time business decisions. This was followed by Digital Signage Solutions which enable targeted messaging to the right people, in the right place at the right time

On the first day, the Event began with the Exposition Move-In by Exhibitors. Wavetec showcased its Smart Kiosks, Customer feedback Unit – Opinion Plus and the Digital signage Solutions – Donatello to the Financial Institution of Latin America. Wavetec also introduced its Mobile App – Wave-Q, a mobile ticketing solution for managing the queue, for the first in the Latin American Market.

After the Exhibition, the conferences kicked off with an opening speech and keynote remarks. The opening speech was given by the Secretary General of FELABAN Mr. Giorgio Trettenero, the Chairman of the CLAB Board of Directors, Mr. Guillermo Moreano and the President of the Panamanian Banking Association, whereas the key note remarks were delivered by Frank Schwab, CEO of Fidor TecS AG on the “Banking Reloaded.” Later, three academic conferences on the “Innovation, Transformation and The Future of Banking” were held, along with the Panel Discussions, followed by the welcoming reception which was sponsored by ORACLE.

Chile definitely promises to provide immense returns to investors as it finds grounds of hope, aspiration in enhancing economic competitiveness in the country. Hence Chile is on the urge to build itself as an international hub of innovation in Latin America and the world over the next decade.

On the Second day, the delegates were briefed on “Mobile Banking, How Far Can It Go?” where many informative sessions were held in the form of conferences, notes remarks, panels of experts. The briefing was followed by a sumptuous lunch hosted by EPSON.

On the last day, “Digital Marketing and Social Networks” was a dedicated theme for all the conferences, panel discussions, followed by the Presentation of the FELABAN Innovation Award and lunch hosted by COBISCORP.

The event Concluded with the Seminar on the “Experiential Marketing.”

About the Event The XIV [email protected] Panama 2014 was an annual meeting of IT managers and high level executives representing financial institutions. The theme of this meet up was to exchange and augment the latest technology facts, also the current knowledge, ideas and experience concerning technological solutions for the Latin American financial sector through the enlightened conferences and seminars presented by international experts. 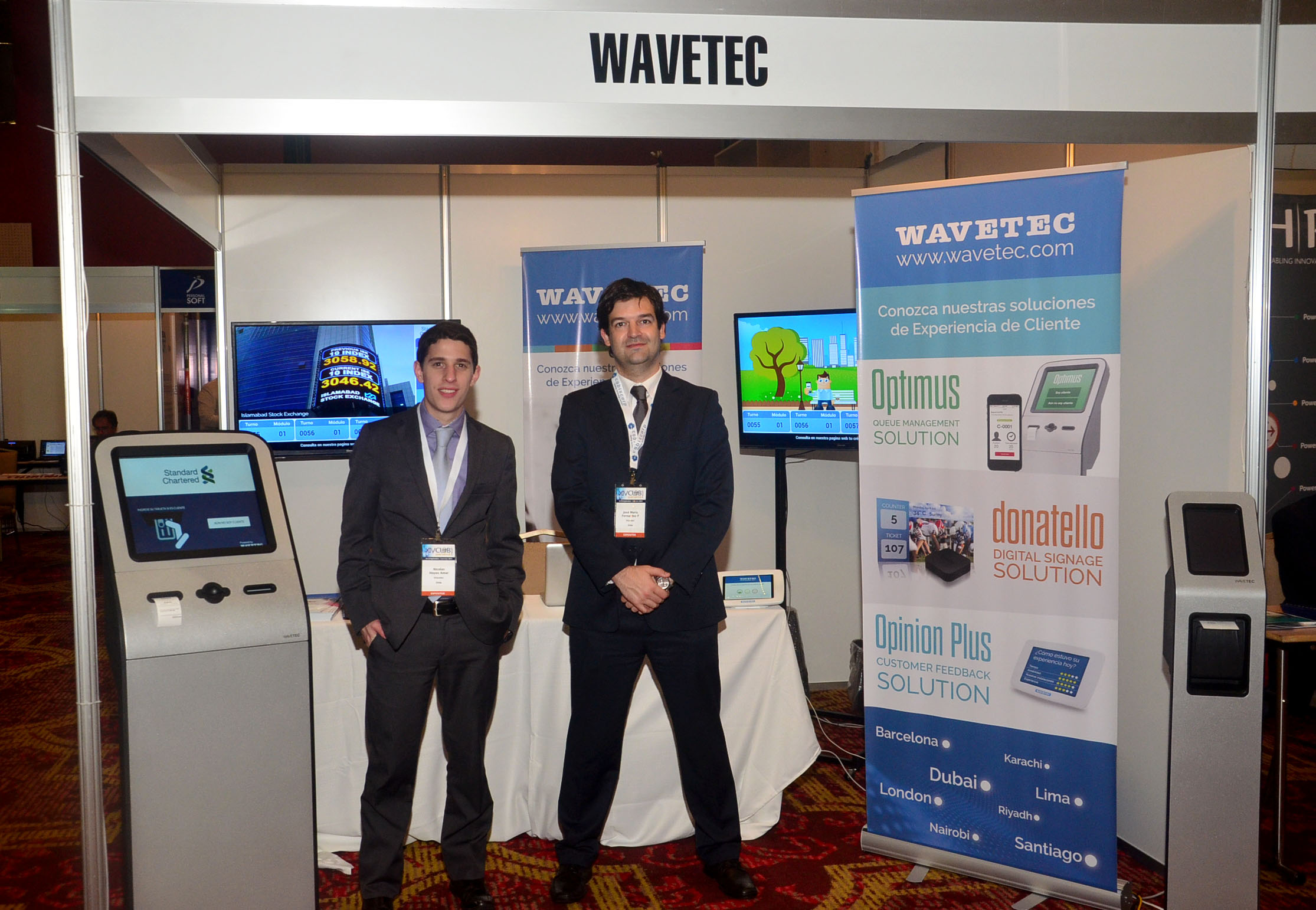 September 10 – 12, Panama – Wavetec, the leading edge technology providers were the proud exhibitors at XIV [email protected] Panama 2014, a prestigious platform which gathered […]
Do you like it?
Read more 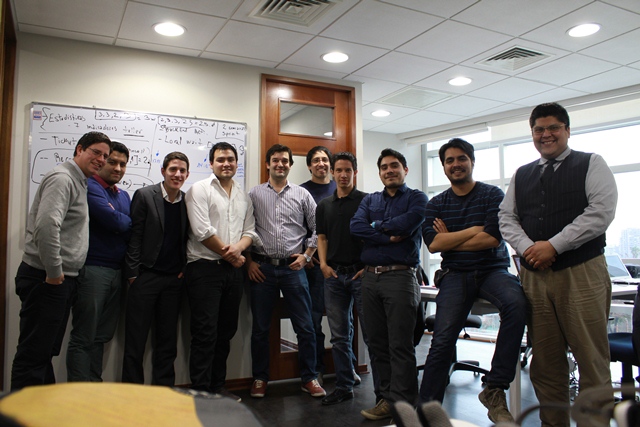 Wavetec raised its mark as Innovator by opening its Innovation Lab in Santiago, Chile

SANTIAGO — Wavetec has recently opened its new Innovation Lab in Santiago, Chile. This center is our commitment to provide the best solutions to our clients, […]
Do you like it?
Read more 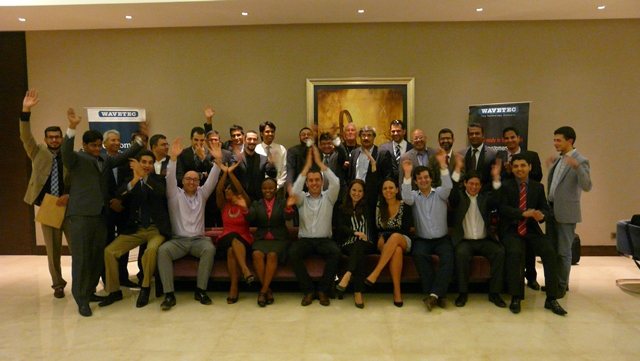 Wavetec, a Dubai based company specializing in LED Display and Queue Management solutions held its three day annual sales conference at the world’s tallest hotel, JW […]
Do you like it?
Read more